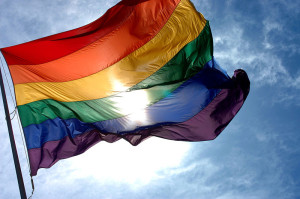 In 2015, when the Supreme Court ruled that same-gender couples had the right to marry, the LGBTQ community celebrated a huge victory. With the issue of marriage settled, it looked as if same-gender couples were finally going to have equal standing with heterosexual couples in the eyes of the law.

But while same-gender couples now have nearly all of the same matrimonial rights as heterosexual couples, there is one key right that’s still up in the air—the automatic right to be legal parents. Known as “marital presumption,” this right deems that when a married man and woman have a child, they’re both automatically considered legal parents of the child.

While parental rights are automatically bestowed upon the biological parent of a child in a same-gender couple, the non-biological spouse/parent still faces a host of legal complications and challenges. Because the Supreme Court has yet to rule on the specific issue of the parental rights of non-biological spouses/parents in a same-gender marriage, there is a tangled, often-contradictory, web of state laws governing such rights.

If you’re a same-gender couple, for example, some states and courts may not consider you a legal parent based solely on your marriage. And even in places where there are some protections under the law, same-gender couples can still experience discrimination and difficulty gaining all the same legal rights as married heterosexual couples. Indeed, it’s a real possibility that you could have total legal rights as a non-biological parent in one state, but drive across the border to a neighboring state and be a complete stranger to your child in the eyes of the law.

Given the murky nature of state laws, most legal experts advise same-gender couples that the best way to ensure you have full rights as a non-biological parent in every state is to obtain a second-parent adoption. The Supreme Court has ruled that the adoptive parental rights granted in one state must be respected in all states.

However, it can be extremely difficult for married same-gender couples even to adopt. In fact, seven states currently permit employees of state-licensed adoption agencies to refuse to grant an adoption if doing so violates their religious beliefs. In other states, however, the state law specifically forbids such discrimination.

What’s more, second-parent adoptions are often costly, averaging about $4,000 nationally. They can also be extremely time-consuming and laborious, requiring the non-biological parent to jump through a range of legal hoops, including physicals, blood work, fingerprinting, along with additional state and FBI background checks.

Some states even mandate home visits from social workers to see if a “suitable environment” exists for the child. All of this can be a major inconvenience at the very least and downright demeaning in other cases.

That said, many people are not aware that nearly the same parental rights for same-gender couples can be achieved by using a combination of estate planning and family law protections without the requirement of second-parent adoption. Moreover, gaining such rights in this manner will involve far less—if any—background screening and/or additional legal obstacles.

As your Personal Family Lawyer®, we offer a number of unique legal services to provide a non-biological, same-gender parent with as many parental rights as possible, without a full adoption.

Starting with our proprietary Kids Protection Plan®, couples can name the non-biological parent as a legal guardian of the child, both for the short-term and the long-term, while confidentially excluding anyone the biological parent thinks may challenge their wishes.

That way, if the biological parent becomes incapacitated or dies, his or her wishes are clearly known and stated, so the court can do what the parent would’ve wanted and keep the child in the non-biological parent’s care.

Beyond that, there are several other legal protections—living trusts, power of attorney, and health care directives—that a Personal Family Lawyer® can grant to offer the non-biological parent additional rights. Finally, we also create what are known as “co-parenting agreements,” legally binding arrangements that stipulate exactly how the child will be raised, what responsibility each partner has toward the child, and what kind of rights would exist if the couple splits or goes through a divorce.

If you’re in a same-gender marriage or in a committed partnership, and you want that person to stay in relationship with your kids (or yourself) should you become incapacitated, or you want that person financially provided for if you die, contact us as your Personal Family Lawyer® to see what kind of protections we can help you put in place.

This article is a service of Susan Hunt, Personal Family Lawyer®. We don’t just draft documents; we ensure you make informed and empowered decisions about life and death, for yourself and the people you love. That’s why we offer a Family Wealth Planning Session, ™ during which you will get more financially organized than you’ve ever been before, and make all the best choices for the people you love. You can begin by calling our office today to schedule a Family Wealth Planning Session and mention this article to find out how to get this $750 session at no charge.